Good morning, BMCC! Armed with a new laptop (a less stubborn laptop that’ll let me use all of its keys) and on a new work schedule, this blog is up and feeling feisty. A quick FYI, most new posts will come late Thursday nights from now on.

Last Friday was the Art Walk and the chance for many people to see our rolling display in the museum. I was there briefly several times on Friday, but… Well, coincidentally, it was also Pajama Night at the museum and much of that action was taking place in the same area. The world is a funny place and I’m not going to be the middle-aged guy hanging around large groups of children for hours at a time… So popped in from time to time. During the times I was there, I saw one or two of you and some other not-pajama’ed-adults looking at the display. I even saw one or two of the children notice “a doggy, look mom, look!” 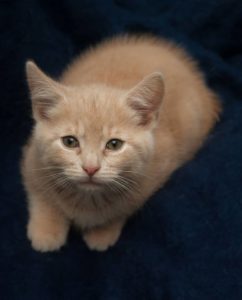 This past Tuesday night, we had our next meeting, allowing some some of our members who had missed seeing the display another chance to pop in and see it. If you haven’t viewed it yet, keep in mind that it will be up the rest of the month and then the next one goes up.
Portraits! People. Animals. When choosing my 3 images to submit, “Kitty” (that’s her actual name) was #4 and did not make the cut, but isn’t she adorable? Awwww… Anyway, back to portraits. Prints got handed in before the meeting and the digitals were due the same night. At the end of November, these are what will be able to go up in our museum display. Remember, you can also have your digitals go into the display. You just have to print them. Or I guess you could get one of those digital frames. But those aren’t as cool as you’d think. They go through battery too fast.
Peggy Reeves discussed the topic she’ll judge: Mirrors. She had an interesting assortment of examples from a few photographers she recommended people take a look at the work of to get ideas. Connie Imboden and Barbara Kasten come to mind.

Briefly, she talked of photography as being a metaphorical mirror reflecting a person’s mind… and everyone held their breath… but then got onto literal mirrors and is quite clear that we are talking of literal mirrors for the theme. That said, some thoughts on the theme at hand:

In closing, some NECCC congratulations going out to everyone who submitted, everyone who was chosen to represent the club’s submissions, and:

Hope to see you all on November 21st when we have “Portraiture” judged by Howie Levitz and submit our entries for “Mirrors” (6:45pm for digitals and prints)!