Ho ho ho! Merry non-denomination holiday to you all! With our next NECCC deadline right around the corner (email Winter NECCC competition shots to Bruce by January 5th), let’s talk NECCC. For those who aren’t familiar, the NECCC competitions aren’t just for the individual, but also for the club as a whole. Individuals from our club had two 2nd places and two honorable mentions. Out of 72-76 photos in each category, that’s pretty good.

Side note: This is all within our division. Instead of stating that each time I bring up numbers of photos or people, I’m just stating it here. It’s in our division. We don’t compete against the other division, so I’m going to pretend they don’t exist.

Each club has the points of their individuals added together: 4 photos. Up to 30 points each. A theoretical maximum of 120 points. These judges aren’t lazy though. They’re not horribly vicious or anything, but no one from any club (or either division) got a perfect 30 points. At the end of the Fall Competition, BMCC is 5th place out of 18 clubs in Pictorial and 7th place out of 21 clubs. It was close. In Nature, for example, we got 86 points to get 7th. 1 point more per individual would have put us in 2nd. That’s a tight race! And it’s not over. Fall. Winter. Spring. These are all totaled together for what’s the equivalent of our point total competition at the end of the year. Oh, it is on now!

Some clarifications for anyone considering (or not yet considering) submitting:

Due to the exactness of Nature, a brief description of what they expect: “No hand of man,” as they frequently state. Let’s say a black bear came into your backyard and sat at a picnic table and started reading the newspaper… As cool as that would be, it wouldn’t be allowed. No man made objects can be in the shot. Let’s say you took the photo as the black bear was just walking onto your lawn. Nothing but the bear and the grass. Would that be allowed? Well, it depends on how well you mow your lawn. If it’s clearly a mowed lawn, it would be rejected due to man’s workmanship still being visible in the picture. No buildings, structures, clipped hedges, etc… Domesticated, trained, or farm animals are also on the list of things not to include. Lynne, no pet owls. 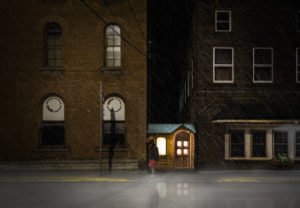 Your Nature photos can have wild animals in them, but don’t have to. If it’s natural, it can be used. Just be careful for oversights. A picture of a beach would be perfectly acceptable, but don’t overlook that trail of footprints.
I’m not going to go into great detail over the long list of rules for each category (available on the NECCC site), as sometimes words do more harm than good. Considering the following expectation:

“Captured by light sensitivity.” This basically means that the majority of your photo must be a photograph. You must have captured it with a camera-like device, using light, instead of simply rendering the entire thing in an image program. If most of your image is a computer generated texture instead of a photo, you’re likely going too far. Part of me wonders what their feelings would be on images rendered entirely with infrared, x-ray, or some other wavelength that’s not in the range that most people would consider to be “light”? The major part of me, however, believes that for 99% of us 99% of the time, this isn’t even a real issue.

The rules do state that “all elements included are the entering photographer’s own work.” This is important. If you’re using a texture, you make the texture. If you’re making a composite, you photograph all the pieces. If you’re replacing a drab sky with a prettier one, you take the picture of the prettier one. 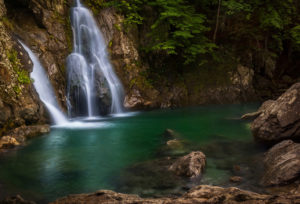 Nature, being the more rigid category, here’s a link to the Definition of Nature. That’s where you find out that even though cut grass isn’t permissible, radio antennae on deer might be (*facepalm*). Composites, adding/removing elements, etc… aren’t allowed. Techniques like HDR can be. They want the nature shot to appear natural. Huh. Here’s a big, fat excerpt:

“No techniques that add, relocate, replace, or remove pictorial elements except by cropping are permitted. Techniques that enhance the presentation of the photograph without changing the nature story or the pictorial content, or without altering the content of the original scene, are permitted including HDR, focus stacking and dodging/burning. Techniques that remove elements added by the camera, such as dust spots, digital noise, and film scratches, are allowed. Stitched images are not permitted. All allowed adjustments must appear natural. Color images can be converted to grey-scale monochrome. Infrared images, either direct-captures or derivations, are not allowed.”

While submitting for NECCC on January 5th (to Bruce by email), remember January 2nd. The 2nd is our first January meeting, deadline for digital General entries (typical online entry form), deadline for General prints, and the day to bring in prints for the museum display (mirror shots, plus any of the images that placed or honorably mentioned in the Fall NECCC).