February… The shortest month of the year, but also the most number of meetings in a month. The first of these meetings took place on the 5th, when we discussed the topic of “Natural Landscapes”.

Cesar is a mathematics professor over at Williams College. For those of you who have been with the club long enough, you may recognize him as a former club member and judge.

On Tuesday, Cesar gave a fantastic presentation on the topic of “Natural Landscapes”. He discussed some of what typically makes a good landscape image, listed some landscape photographers as positive sources to be influenced by, and outlined what he as a judge might look for in our photos.

What Makes a Good Landscape Image?

Whereas there is always room for creative interpretation, in general a good landscape image will have a foreground element, an interesting background, and as deep depth of field. As much of the scene as possible should be in focus. Also, you should eliminate distractions to place attention on the main subject.

It also helps to remember that light is often what may make or break an image. Observe a scene at different times of day and you will notice drastic changes in its mood/appearance.

The Deepest Depths (of Field)

With a wide angle lens and a narrow aperture (Galen Rowell suggests 24mm at f/16), you can get pretty much everything in focus from about 4 feet to infinity. The foreground element not only adds interest to the image, but can also add a sense of a third dimension (distance) to the image. You’ll want to focus either on the foreground element or just beyond it, rather than at infinity. If you’re familiar with how to use your camera’s depth-of-field preview, this is the perfect time to use it.

A Word About Telephotos

Though not specifically addressed at the meeting, I’d like to remind people not to neglect those telephoto lenses when shooting landscapes. If the moon or sun, close to the horizon, is going to be part of your image, keep in mind that the only way make them appear larger than life is with a telephoto. Also, whereas a wide angle will seem to stretch out the distance between the foreground and the background, telephotos have the opposite effect, compressing elements that are far from each other so they look much closer to each other. 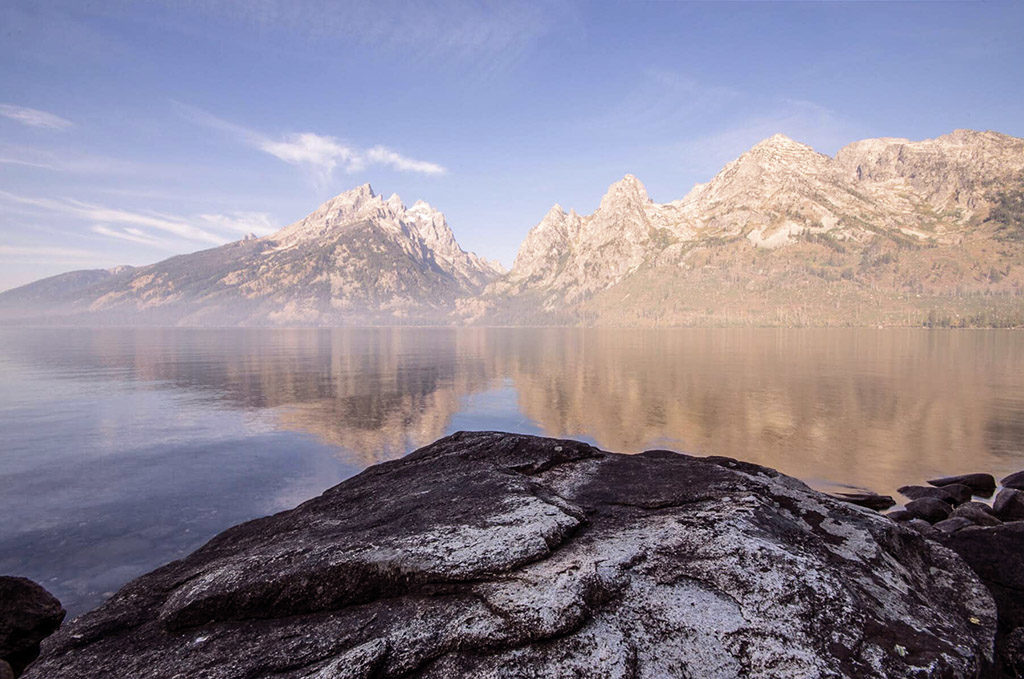 Photographers to be Influenced By

Some of the other photographers mentioned by Cesar during his presentation include:

Just a reminder that for this competition, we are seeking Natural Landscapes. In this case, “natural” is going by the NECCC definition of nature… Basically, no hand of man. No artificial structures, no people, etc…

Things to Keep in Mind

February 19th is our next regular meeting. Mary McGurn will be returning to judge “Pets and their People”. Nothing is due that night. Come to look at the puppies and kittens!

This date has been added to our schedule. Thad Kubis will be discussing and demonstrating the handmade 4×5 system he used in Monument Valley! This is an in between week for us, but it’s also a museum display drop-off/pick-up week.